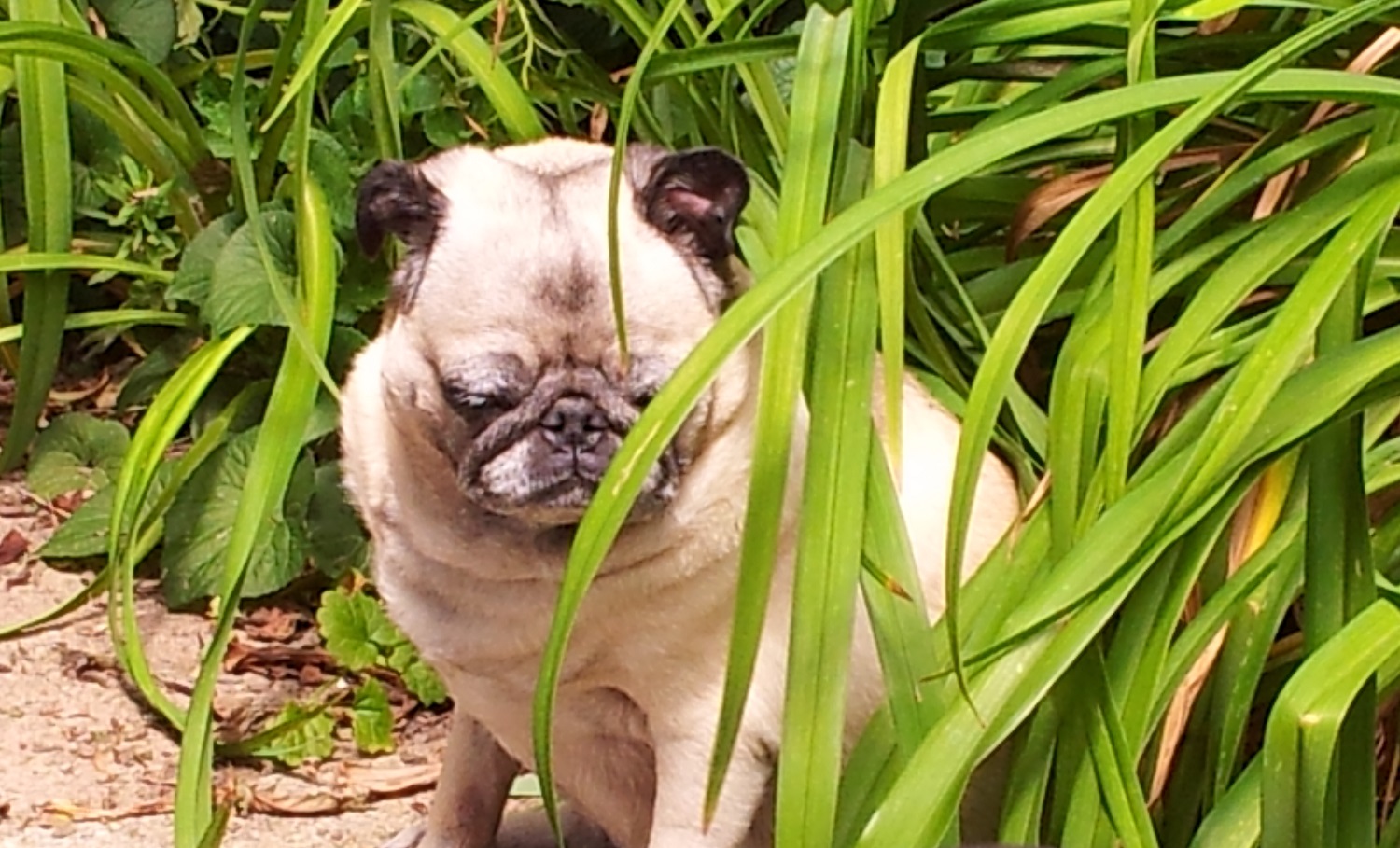 So far, 2018 has been a barnburner. Ray and I are posting a sign over our front door. Hapless visitors deserve a warning that they’re entering a ring of hell when they step over our threshold. 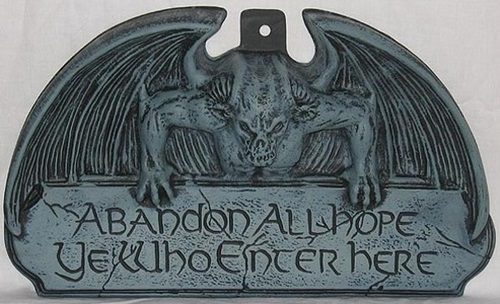 While writing Frozen Statues last winter, I had the irrational fear that art would imitate life. One scene—vital to the plot, or I would have cut it—felt like an ominous premonition. Sadly, my instincts were correct. Seven months after the book released, I had to live out the scene that was so difficult to write.

So… 2018 opened with devastating news, an Arctic front so frigid that pipes froze and cars died, a major career setback for my husband, an irreconcilable extended family relationship, and our sons’ house deal tanking due to a dishonest seller. As if that wasn’t bad enough, while grieving the death of my beloved Pearl, I received the dire news that I’m a victim of credit card fraud. At least the bank caught the irregular spending and froze the card. Had they held me liable, our family’s horrendous winter would be careening toward a miserable spring. But hope springs eternal, finer weather is on the horizon and things will get brighter.

Until then, the best remedy I’ve found to cope with uncontrollable events is a bit of escapism, which one can dependably find in a good mystery-thriller. A number of authors shared their novels during this difficult time, so I’m paying it forward and offering my latest psychological thriller Frozen Statues, Perdition Games FREE worldwide until the end of April. 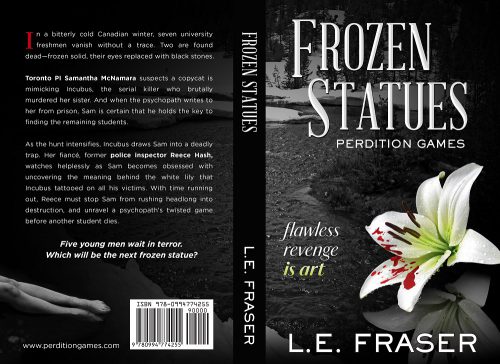 If the book doesn’t interest you, please scroll down to read how my pug saved my life

Careful details about the murders, like the staging of victims during foul weather to ruin forensic evidence, are impressively geeky.—(2017, August) Indie. Kirkus Reviews Magazine, vol. LXXXV, No.15, pp. 198

A masterpiece, an absorbing story that defines its place in the area of crime and psychological thrillers.—Romuald Dzemo, Readers’ Favorite

A complex and mesmerizing puzzle with a cunning serial killer and a likable protagonist that twists and turns with every chapter.—Awesome Indies Books

You can download your FREE copy at any of the below links until the end of April—each link opens in a new window and Amazon will redirect you to your country’s site:

In November, we received devastating news about Pearl-Pug, my furry soul mate and the eldest in our grumble of pugs. She’s the fawn sweetheart in the middle, between Porsche and Cole. 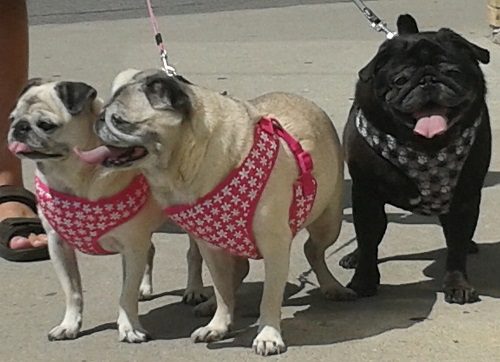 A year ago, Pearl’s health began to fail. Based on human medicine, I suspected congestive heart failure. But Pearl didn’t present with a heart murmur or ascites (swelling in her legs and/or abdomen) or cyanosis of her tongue and gums. The vet doubted my diagnosis, and rightly so because Pearl’s symptoms didn’t support my hypothesis. By June, her cough was worse. A new vet had joined the hospital. He recognized a neurological issue in her spine that medication would correct. I wasn’t convinced that was the entire cause of her problems, but people dislike how direct (humph, tactless) I am. Fearing I’d inadvertently offend our new vet, I didn’t insist on a chest x-ray. Five months later, a bilateral chest x-ray confirmed my worst fear. Fluid encased Pearl’s enlarged heart: stage III CHF with pulmonary edema. Medication could only slow the inevitable because stage III advances quickly to stage IV. Even with high-quality veterinarian care, Pearl progressed to stage IV within twelve weeks. When she experienced seizures, I made the difficult decision to euthanize. Had I insisted on the chest x-ray even a few months earlier, we would have caught it at stage II. Medication would have maintained stable health, maybe for years.

Losing a pet is hard, especially when you spend 24/7 with your animal. They’re my muses in my office all day. They cuddle with me all night. When one is gone, the whole pack grieves. But what made Pearl-Pug’s death extra hard was that she saved my life. And I let her down because I didn’t speak up in time to save hers.

The Amazing Story of How a Pug Saved my Life

When Pearl was an only pug, I used to take her running in Reservoir Park—a gorgeous area with meandering paths that wind through a beautiful forest. Reservoir Hill boasts a steep drop to a busy road about thirty-feet from the crest. At the time of the war of 1812, it was Hungerford Hill and the bustling road below was part of the native trail; a main artery for military transport through southwestern Ontario. During the Battle of the Thames, opposing forces fought a skirmish on that hill. Too bad the city disrespected history by building an atrocious high-rise on it a few years back. 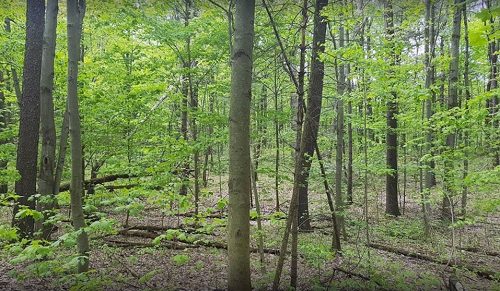 People don’t frequent Reservoir Park too much (probably not at all with the addition of a grotesque condominium) because the jewel of the city is a 300-acre park down the street with an array of recreational amenities and attractions. I prefer unspoilt nature, so Reservoir’s isolated atmosphere and dog-friendly hikers used to be my favourite spot. Beautiful, wasn’t it?

It was an unusually wet summer that year and I kept Pearl-Pug a few feet to my right, so the crest of the hill was to my left and I could prevent her from getting too close to the edge. She obeyed my hand signals and trotted along beside me. I remember taking pride in how well trained she was. I suppose that’s when I stopped paying attention. I slipped in a spot of mud and slid feet first over the edge. As I pummelled down the slippery slope to the bustling traffic thirty-feet below, I grappled to clutch something—anything—to thwart gravity. I caught a root with my left hand. With nothing else to grasp, I couldn’t pull up my body weight. There I dangled, while Pearl-Pug stared down at me with woeful eyes. Then she disappeared. So much for the hours of training, I thought.

But enjoying an unsupervised frolic wasn’t her plan. Pearl galloped to one of the main paths. When she gained the attention of a black lab, Pearl turned and ran. The dog chased after Pearl, and the owner chased after his dog. So I was rescued by my brilliant little Pearl-Pug… oh, right, and the man who pulled me up.

I tore ligaments in my left wrist and dislocated a finger, but I didn’t plunge to the road below to have multiple cars run over me. I didn’t fall that day because of a smart little dog. Yet I couldn’t save Pearl-Pug because I didn’t demand that chest x-ray until it was too late.

I’m beginning to forgive myself, but it’s tough. I know it’s important to  celebrate her life, which is why I wrote this post. To immortalize my precious girl, I got my first (and probably only) tattoo last week on my left wrist, the same arm that suspended me over a thirty-foot drop until she brought help. Whenever I look at it, I think of Pearl full of life, especially on that fated day when I held on to a scrap of root for dear life.

Thank you for letting me share Pearl’s awesome story. Telling it reminds me to celebrate her life, rather than focusing on her death.

I hope you decide to download Frozen Statues, Perdition Games at your favourite online retailer. It is FREE worldwide until we bid farewell to April and welcome May flowers. 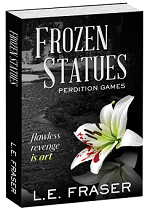 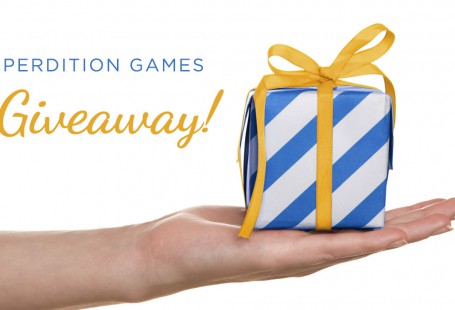 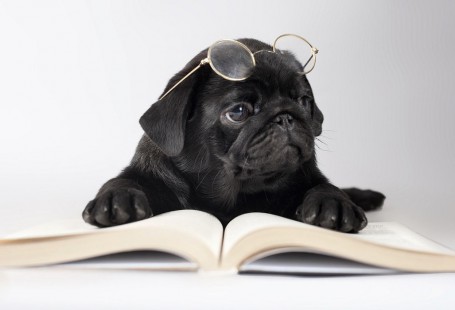